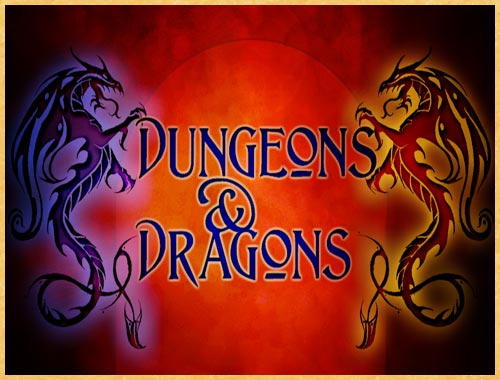 The forum for The party...

The stench of burning was heavy in the air, pillars of black smoke rising slowly from the scarred woods.

Woodland was a second home for Laeya. While her people lived in the low icy grassland of the Glades, most of her time as an adult was spent in the thick of the forest surrounding the tundra. The trees were true survivors, weathering snow storms and long periods of extended freeze, and the wildlife was equally resilient. This particular region was not a great forest, but rather a collection of trees that one could - just barely - call a wood; maybe a thousand trees at best. It was still her wood, and it was now burning in the chilly morning air.

The path the giants took into the trees was very visible; decay and devastation and destruction were everywhere. “They left in a hurry”, said the tall figure standing next to her.

Laeya nodded. The human gave it another glance, and spurred her horse to a slow gallop. “lets get out of here. It snowed last night, so there will be no tracks. Not that we need any tracks; this bunch was definitely led by Gonir. Look at the tree stumps over there”.

The said tree stumps carried the marks of the signature serrated war axes used by Gonir’s frost giant thugs. There was no mistake.

“Why are they doing this?” Laeya shook her head in sadness.

“To piss us off. To make sure we don’t get any fresh supplies off the forest. To show that yet again they can do pretty much anything they like, mess up our neighborhood as if it was their playground. Don’t try to find logic in all of this, Laeya. You’ve been doing it for a year, and you know it’s all madness. Come on, ride with me”.

The druid whispered into her horse’s ears. Horse riding was new to her, but not the only thing that was new. War was new. Melee combat was new. Invoking the powers of nature to burn and maim instead of heal and pacify, that was new as well. Her sinewy arm muscles were new.

Her scars were new.

The first scars across her beautiful face came as a shock. They did not heal, even under the most powerful of curing invocations she had. Did not smooth themselves out. It was if they had a life of their own; they claimed their territory and fought against anything that attempted to dispossess them. Whether it was the magic in the serrated ax blades or a curse she never came across before, she didn’t know. Perhaps it was mother nature’s way to remind her that her sacrifice was not meant to be irreversible, that as long as the woods were scarred, her face will remain scarred as well.

The mist still surrounded Frosthaven, allowing the two to sneak back into the beleaguered city without being spotted by giant scouts. They reached a side gate which was too small for giant use, and her companion’s low whistle was followed by the creaking of chains that pulled the gate up, letting them into the relative safety of the walls.

The city reeked with smells of old spices and rotting woodwork. This too was new to the half-elf; when she first entered Frosthaven, it was like entering a fishermen village after a successful raid on trout breeding waters. She hated every minute, but remembered why she was there.

And her look on her father’s elvish face when she met him a week after her twin brother died.

He looked like ash, his eyes staring past her into some unseen future. Eyes that were once full of wink and charm and smile, eyes that were once a pool of courage, were now gazing at the horizon, shallow like a winter grave dug in the icy terrain.

He murmured a prayer in an ancient language she recognized only vaguely, hugged his only surviving child in a faint grab that was nothing like the cheerful bear-like embrace his small Elvish frame was surprisingly capable of producing under normal circumstances, and pointed at a fox fur cushion in the center of the tepee. She obeyed, wiping a tear when she thought he wasn’t looking. The fire cracked, but not merrily, not that day. She felt an inner cold that no fire can warm, and her father did not look any better. The two of them were all that was left of the Whiteglade family.

“Laeya, my daughter”, he said in the tongue of the Elves.

“Father”, she tried to smile.

“I talked to the High Druid. It is decided. We will help the Paladin and her army of men. You shall report to Oriel; as of now you are detailed to her scouting squad”.

Laeya was stunned. “Leave the ice glades? Move to the city?”

Her father nodded. “Only for a while, Laeya. Only until the giants become a memory”.

Again, the patient nod. “War is not ours to choose, but if it comes upon us, we must rise to greet it. Palaneir has her mind set about this. She is the high druid for as long as I remember, yet she came here only once, on the day you were born, to tell me you were chosen from birth to join the service of Ehlonna.

“Yestereve was the second time. The high druid came here to get my blessing, knowing that I already lost one child, wanting to know if I can afford to lose another. She knows I cannot lose you too, Laeya. But if we do not take war to the giants, they will destroy more than we could ever replenish. And I know that you will survive. Of strong stock you are, daughter. Mere giants will not bring your demise. Now look at me, Laeya”.

He took her chin and stared deep into her pale blue eyes.

“I am still fit for battle; there’s still hard flint in this body of mine. Which is why the high druid needs me here. There are children to protect, animals to defend, and I know these parts more than anyone else. If I die, this knowledge will die with me. That is her logic. That is why she wants to send you, and will not hear of sending me instead. I battled hard with her logic, and found no gap in it. And my heart tells me that while I’m sending you into the storm, you will brave it. One day you shall return, stronger than you are, wiser and readier to take my place as chief guardian of the white glades. Today we fight the giants, but tomorrow there will be new foes. So go now, child, go to the city. Walk in the streets your brother loved so much, and show the humans of Frosthaven what Gladefolks are made of”.

And that was that.

She looked at her new friend, the Paladin of Frosthaven, who returned her look with a smile. And knew her father was right. She did show the humans what the people of the Glade were made of. She was now Oriel’s top lieutenant, her most trusted scout.

Ten minutes later they were in Headquarters, sipping hot soup to warm themselves.

“We’ll need to find the castle, Laeya. Sooner rather than later. The city will not hold much longer. I can take care of the defenses - these bastard will not breach the perimeter and live to tell the tale - but the spirit of the troops is low, supplies are dwindling fast and they keep coming like ice flies to Yak droppings. But here’s the thing. It seems like there’s an endless supply of giants, but in fact, it’s hardly endless. It’s just the fact they are so well organized. We have to find the castle”, repeated the warrior, deep lines grooving her young, powerful face.

Laeya sighed. “I’ve personally flown hundreds of hours in every direction I could think of - no sign of the damn thing. Whichever rock Gonir hides beneath, it’s well concealed. And the other strategy doesn’t seem to work. We’ve been ambushing them for weeks, Oriel. Almost every night. They never surrender, fighting to death, so we can’t interrogate them. Not that I’ll know how to interrogate a giant if we capture a live one”.

Oriel dug out a piece of weed from her soup, looked at her hands for a long while, and shrugged. “Ambushing them has other benefits. Makes them move with greater caution. Giving us some wins”. And, seeing her chief scout’s narrow gaze, “Yeah, some losses too. Anyway, you’re still alive, are you? The city is still alive. We must be doing something right. Hey, cheer up, I’ve got something for you. May come useful next time you’re dancing with those giants”.